– Brought to you by Union Fleurs – 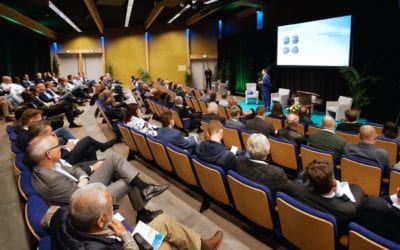 Floriforum 2019: A conversation on “Customer Dynamics” worth joining!

On 5 November 2019, over 150 executive managers and decision makers from companies and organisations active across the international floriculture supply-chain came to the IFTF Auditorium where the second edition of Floriforum took place.

Union Fleurs, the International Flower Trade Association, is all geared up to welcome participants from across the international floriculture supply-chain for the second edition of Floriforum on Tuesday 5 November (14h-17h) in the IFTF Auditorium in Vijfhuizen. 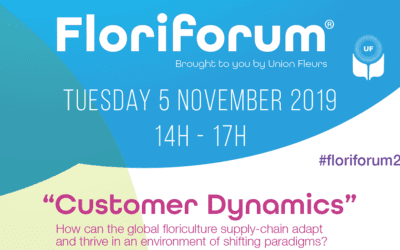 Floriforum 2019: check out the programme!

In just under three weeks, Union Fleurs, the International Flower Trade Association, will welcome on 5 November executive managers and decision makers from companies and organisations active across the international floriculture supply-chain to the second edition of Floriforum.
« Older Entries

Floriforum is organised by Union Fleurs – International Flower Trade Association.
– If you do not know who we are, check us out at www.unionfleurs.org !

Union Fleurs – International Flower Trade Association is the international umbrella organisation for national associations and companies active in the floricultural trade.  The general mission of Union Fleurs is to represent, promote and defend the worldwide interests of traders and wholesalers in cut flowers, cut foliage and pot plants. Union Fleurs was founded in 1959 in Brussels and has nowadays members in 20 countries worldwide (in Europe, Africa, Middle-East, South and North America, and Asia). Within its membership, Union Fleurs gathers over 3.000 companies worldwide. Members account for more than 80% of the total value of the worldwide trade of cut flowers and pot plants.